Here is a list of a few stories that feature what I consider to be sociopathic behavior and thinking patterns. Whether actual sociopaths are involved would require more investigation. 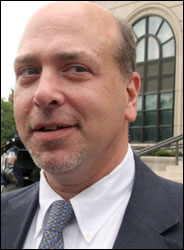 Samuel Israel of the Bayou Group hedge funds who faked his own suicide to avoid going to jail.

Neil Entwhistle who was found guilty of murdering his wife and child.

It is hard for me to imagine anyone but a child-minded sociopath thinking we have the key to male/femaleness and that we can play god with this information. It is a trait of sociopaths that their interpretation of the world is often grotesquely simplistic. This story reminds of the tragedy of David Reimer who committed suicide in May 2004. He was raised as a girl on the advice of a Dr. John Money of Johns Hopkins after his penis was cauterized off while being circumcized as an infant (John Colapinto, As Nature Made Him: the boy who was raised as a girl).

8 thoughts on “Recent news stories with that sociopathic flavor”