From “THE SOCIOBIOLOGY OF SOCIOPATHY:  AN INTEGRATED EVOLUTIONARY MODEL“, Linda Mealey, Ph.D. [http://www.bibliotecapleyades.net/archivos_pdf/sociobiology%C2%AD_of_sociopathy.pdf — other webpages carrying it have disappeared over time, if you want a permanent copy I’d suggest printing or downloading it.  Dr. Mealey uses the word sociopathy as a synonym for psychopathy I believe.]: 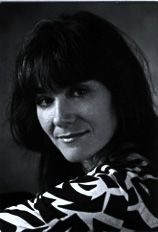 “Sociopaths are “outstanding” members of society in two senses: politically, they command attention because of the inordinate amount of crime they commit, and psychologically, they elicit fascination because most of us cannot fathom the cold, detached way they repeatedly harm and manipulate others. Proximate explanations from behavior genetics, child development, personality theory, learning theory, and social psychology describe a complex interaction of genetic and physiological risk factors with demographic and micro-environmental variables that predispose a portion of the population to chronic antisocial behavior.

Sociopaths, who comprise only 3-4% of the male population and less than 1% of the female population (Strauss & Lahey 1984, Davison and Neale 1994, Robins, Tipp & Przybeck 1991), are thought to account for approximately 20% of the United States’ prison population (Hare 1993) and between 33% and 80% of the population of chronic criminal offenders (Mednick, KirkegaardSorensen, Hutchings, Knop, Rosenberg & Schulsinger 1977, Hare 1980, Harpending & Sobus 1987). Furthermore, whereas the “typical” U.S. burglar is estimated to have committed a median five crimes per year before being apprehended, chronic offenders- those most likely to be sociopaths- report committing upward of fifty crimes per annum and sometimes as many as two or three hundred (Blumstein & Cohen 1987). Collectively, these individuals are thought to account for over 50% of all crimes in the U.S. (Loeber 1982; Mednick, Gabrielli & Hutchings 1987, Hare 1993). Whether criminal or not, sociopaths typically exhibit what is generally considered to be irresponsible and unreliable behavior; their attributes include egocentrism, an inability to form lasting personal commitments and a marked degree of impulsivity. Underlying a superficial veneer of sociability and charm, sociopaths are characterized by a deficit of the social emotions (love, shame, guilt, empathy, and remorse). On the other hand, they are not intellectually handicapped, and are often able to deceive and manipulate others through elaborate scams and ruses including fraud, bigamy, embezzlement, and other crimes which rely on the trust and cooperation of others. The sociopath is “aware of the discrepancy between his behavior and societal expectations, but he seems to be neither guided by the possibility of such a discrepancy, nor disturbed by its occurrence” (Widom 1976a, p 614). This cold- hearted and selfish approach to human interaction at one time garnered for sociopathy the moniker “moral insanity” (McCord 1983, Davison & Neale 1990).

My basic premise is that sociopaths are designed for the successful execution of social deception and that they are the product of evolutionary pressures which, through a complex interaction of environmental and genetic factors, lead some individuals to pursue a life history strategy of manipulative and predatory social interactions. On the basis of game theoretic models this strategy is to be expected in the population at relatively low frequencies in a demographic pattern consistent with what we see in contemporary societies. It is also expected to appear preferentially under certain social, environmental, and developmental circumstances which I hope to delineate.

2.1.3  Sex differences and the “two-threshold” model Cloninger put forth a “two threshold” polygenic model to account for both the sex difference in sociopathy and its spectral nature (Cloninger, Reich & Guze 1975; Cloninger, Christiansen, Reich & Gottesman 1978). According to the model, sociopaths are individuals on the extreme end of a normal distribution whose genetic component is (1) polygenic and (2) to a large degree, sexlimited.  [Sex- limited genes, not to be confused with sex-linked genes, are those which are located on the autosomes of both sexes but which are triggered into expression only within the chemical/ hormonal microenvironment of one sex or the other. Common examples include beard and mustache growth in men, and breast and hip development in women.] If a large number of the many genes underlying sociopathy are triggered by testosterone or some other androgen, many more men than women will pass the threshold of the required number of active genes necessary for its outward expression.  According to the two-threshold model, those females who do express the trait must have a greater overall “dose” or “genetic load” (i.e, they are further out in the extreme of the normal distribution of genotypes) than most of the males who express the trait. This proposition has been supported by data showing that in addition to the greater overall risk for males as opposed to females, there is a also greater risk for the offspring (and other relatives) of female sociopaths as compared to the offspring (and other relatives) of male sociopaths. This phenomenon cannot be accounted for either by sex-linkage or by the differential experiences of the sexes.  Besides providing a proximate explanation for the greater incidence of male sociopathy and crime, the two-threshold model also explains on a proximate level the finding that males are more susceptible to environmental influences than females. Somewhat paradoxically, while a male will express sociopathy at a lower “genetic dose” than is required for expression in a female, the heritability of the trait is greater for females, meaning that the environmental component of the variance is greater for males (8).  The two-threshold model thus explains in a proximate sense what sociobiologists would predict from a more ultimate perspective. The fact that males are more susceptible than females to the environmental conditions of their early years fits well with sociobiological theory, in that the greater variance in male reproductive capacity makes their “choice” of life strategy somewhat more risky and therefore more subject to selective pressures (Symons 1979, Buss 1988, Mealey & Segal 1993). Sociobiological reasoning thus leads to the postulate that males should be more sensitive to environmental cues that (1) trigger environmentally-contingent or developmentally-canalized life history strategies or (2) are stimuli for which genetically based individual differences in response thresholds have evolved. (Recall mechanisms 3, 4 & 5 for the maintenance of mixed-strategy ESSs in a population.)”

So that’s why female sociopaths tend to be so spectacular — that full genetic dosage (with an element of ‘being set free’ by high testosterone levels in these particular women), for example, Stacy Castor (https://pathwhisperer.wordpress.com/2011/03/21/ah-those-spectacular-female-psychopaths-stacey-castor-the-black-widow/).  I also recall a documentary on a woman who convinced her new husband that she had cancer, disappeared for months, came back and told her husband that his wife had died from the cancer and that she was her own twin sister, took up a conjugal living arrangement with her own husband, the neighbors however called the authorities, who discovered she had murdered her earlier family (a quick search could not find the source, but I believe it was from a Kurtis Productions documentary (American Justice or Justice Files)).  Kurtis Productions has an excellent series of documentaries on psychopathy which are never re-shown (for some reason).

Unfortunately Linda Mealey passed away in 2002 from colon and liver cancer (induced?) (https://www.csbsju.edu/psychology/faculty/linda-j-mealey-phd).  If she had been able to continue her research I’m confident that sociopathy (psychopathy) would be publicly understood to a much greater extent than it is now.  I do believe that all the ‘big questions’ of psychopathy have been answered, but by psychopathic psychopathy experts and scientists who hold the answers closely.

In an unsuccessful search for her CV, I found this discussion, Evolution and Machiavelliansim (p. 253), from Barbara Oakley’s “Evil Genes”, which may be of interest.

Final versions of The Sociobiology of Sociopathy may be available for download (at cost) here:  https://philpapers.org/rec/MEATSO-2, and https://www.cambridge.org/core/journals/behavioral-and-brain-sciences/article/the-sociobiology-of-sociopathy-an-integrated-evolutionary-model/A5F1DDC8F0D32E036B725FE7BFA761AF.

2 thoughts on “Post Redux: “THE SOCIOBIOLOGY OF SOCIOPATHY: AN INTEGRATED EVOLUTIONARY MODEL””