This is the first time I’ve ever seen this search.  All I can say, the most extreme female sociopath I’ve ever known said cats and dogs hated her.  Was this just something unique to her or do dogs and cats have some innate sense of fairplay?  Did they recognize her as a rapacious, reptilian-minded predator?  I don’t know.  [More in the comments below.]

Pseudologia fantastica in real person: Yep, it’s real alright.  Actually if one is not immediately caught up and swept away by the pseudologue’s “pity play” then they are more obvious than regular sociopaths — their stories are so extreme and fantastical.

How to get a workplace sociopath to leave: Good luck.

How to let go of a sociopath: This will happen when your soul (not your mind) realizes there is no soul in the other person.  If this doesn’t happen, perhaps the other person is not a sociopath or perhaps you are actually fighting a realization that one of your parents is sociopathic ($50 please).

Or in the emotional immediacy of transsociopathica‘s words:

A few months after you have recovered you will wonder what you ever saw in these things. They will rapidly seem cold, ugly, empty, pathetic, distorted and almost deformed to you. That’s because this is what they are, always were, and you are finally perceiving them in their real unmasked state. This ‘broken beast’ is all that’s left and the only memory you’ll have of them going into the future. It’s all they deserve, because it is all they are.  http://transsociopathica.blogspot.com/2009/10/farewell-my-sociopath-hello-real-love.html

Sociopath at parties: Due to few inhibitions and no shame they can be real lives of the party.  Read “The Incredible Charlie Carewe” (http://www.amazon.com/incredible-Charlie-Carewe-Mary-Astor/dp/B00005W69S). Some are also very, very skillful at party crashing. (https://kat.cr/the-incredible-charlie-carewe-mary-astor-mobi-t7972573.html, https://openlibrary.org/books/OL5798604M/The_incredible_Charlie_Carewe). 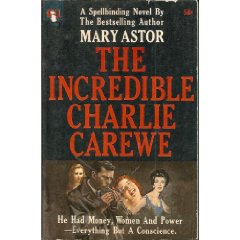 Sociopath and blackmailing: Goes together like ham and eggs.  They love crimes without consequence.

Pictures of  Thomas Capano: Hmmm.  This is a repeat search.  He’s the only one of my blog’s possible sociopaths (more than possible in his case) whose picture people seem particularly interested in.  I don’t know why.

I was with a sociopath for 8 years…why? For one thing, since no one is ever informed of this possibility as they are growing up or upon reaching romantic age, it often takes years for someone to realize their situation.  Also, as the sociopath often cons relatives of the non-sociopath, individuals in your position are really on their own.  Addressing this is one of the main missions of my blog.

You have a lot of company.  Ann Landers was married for thirty years to the sociopath, in my opinion of course, Jules Lederer (who she described as the best salesman in the world).  They met while she was shopping for a wedding dress for her upcoming marriage to another person.  Just the kind of challenge that might appeal to a “super” sociopath.  Also, as I recall, her sister, Dear Abby, criticized her after the divorce for not understanding her husband.

Are sociopaths giving to neighbors and friends? I have witnessed such behavior, but it was only used to engender goodwill to set up later depredations.  Like a “pity play” (all sociopaths excel at inducing people to feel sorry for them) it brings people to their side emotionally.  Often, it seems, they want a reservoir of protectors before they commit their antisocial depredations (such as date/friend rape, “dress gray” rape, tricking a teen neighbor into prostitution, outright thievery, “murder by suicide” bullying (this is no exaggeration), blackmail, etc.).  They want the accuser to be met with angry disbelief (anger that such a nice person would be accused).  Not only do they wish to protect themselves through “plausible lies,” they want to place their victims in the position of having to claim “implausible truths.”

Drifter & sociopath: The drifters and rolling stones of life are in fact often sociopaths, driven by boredom and lack of emotional bonds.  Boredom is simply one of their prime driving forces.  Thus the backwaters, catch basins and outposts of empires or large nations have a much higher sociopathic percentage — for example, California, Australia and New Zealand.

Will my baby be born a sociopath?: Here’s a heart breaker.  From the little I know, it seems the genetics of sociopathy is very complex.  I’ll try to look into this further.  If this searcher was attracted to a sociopath because one of her parents was sociopathic the odds aren’t good.

23 thoughts on “Unusual search: Can cats sense someone is a sociopath?”