In the late afternoon of May 21, 2010, Juri “Julie” Kibuishi started getting texts from her friend Sam Herr, who seemed distraught and needed to talk to someone. Kibuishi, who had been tutoring Herr in his community college courses, happily agreed to meet up with the 26-year-old Afghanistan war veteran later that night.

“You can trust me,” Kibuishi responded. “I promise. I am not going to say anything. I promise. Pinkie promise.”

Kibuishi, 23, had no idea she was being set up. The man she thought was Herr was actually Daniel Wozniak, Herr’s neighbor at the Camden Village apartment complex in Costa Mesa, California.

Wozniak, a onetime up-and-coming local theater actor who was starring in the musical Nine, had murdered Herr just hours earlier by luring him into the attic of an empty theater on the Joint Forces Training Base in Los Alamitos, California, where he fatally shot him twice in the head with a .38-caliber semiautomatic pistol.

His goal: to clean out Herr’s $50,000 savings so he could pay for his upcoming wedding to his actress fiancée Rachel Buffett.

Once at Herr’s apartment, Wozniak lured an unsuspecting Kibuishi, a college student studying fashion, into Herr’s bedroom and then shot her twice in the head before staging the crime scene to make it look like Herr had sexually assaulted her.

“He said he tried to orchestrate it to try to make it look like it was Sam who had [killed Julie] out of a rage of jealousy,” Det. Michael Delgadillo said in grand jury testimony.

Police zeroed in on Wozniak after he pocketed money from Herr’s bank account and arrested him at his bachelor party just two days before his wedding.”  http://www.people.com/article/daniel-wozniak-murders-killer-had-larger-than-life-personality

His fiancee, Rachel Buffett, said “It was like the person I loved never really existed.”  (It should be noted that she has been charged as an accessory after the fact, though no evidence has been released.  We’ll see.)  http://www.huffingtonpost.com/2012/12/12/rachel-buffett-actress_n_2286236.html 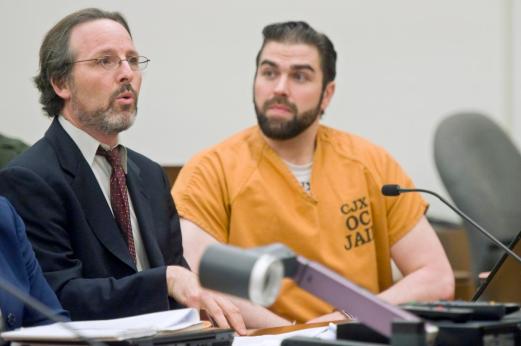 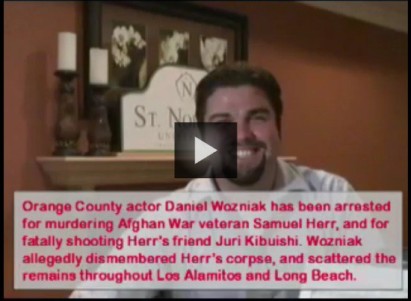