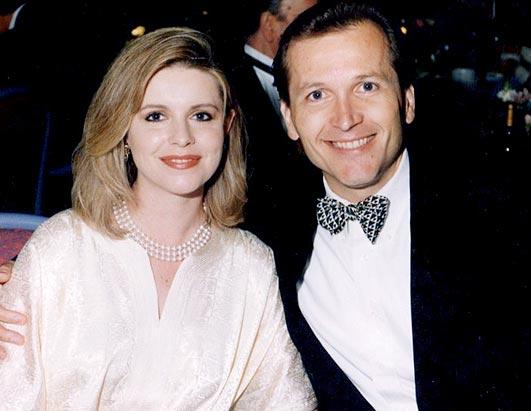 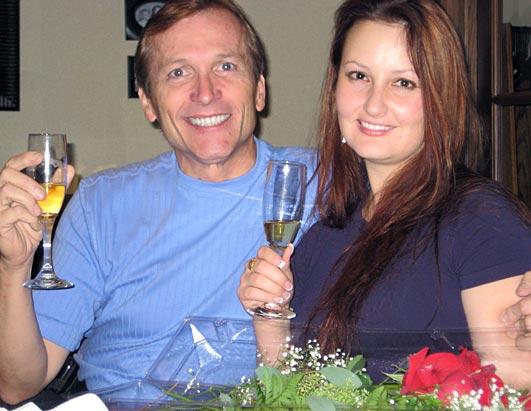 Engagement celebration of Martin and his mistress, Gypsy

While caring for her mother after the surgery, Somers said she heard a bombshell just days before her mother died. “A few days before her death, I was helping her wash her hair and she turned to me and said, ‘Alex if anything happens to me make sure it was not your father,'” said Somers.  http://abcnews.go.com/US/daughter-waited-long-father-charged-wifes-murder/story?id=17084717

Michele MacNeill, the murdered woman, should have taken her fears seriously.  People always tell themselves not to be paranoid, unfortunately.  There was even a case of a husband who doubted his wife so strongly that he slept with a gun, she waited until he was asleep and shot him in the stomach, killing him.  She claimed he had rolled over onto the handgun (didn’t get away with it though).

If their girlfriends, who they ended up murdering, and victims of other psychopaths had known enough about sociopathy to suspect it, perhaps they wouldn’t have gone back one last time, or gone back alone to retrieve their belongings, or tried to do the right thing and explain in person why they were leaving, or tried to stay just friends, or agreed to meet in private, etc.  In my opinion, it’s incredibly irresponsible of law enforcement and the media not to inform the public about sociopathic criminals.  https://pathwhisperer.wordpress.com/2011/09/20/post-redux-are-saps-socially-adept-psychopaths-real/

Dan Abrams says he’s almost never seen a case with this much evidence without charges being filed for years as happened in this case.  I would suggest investigating the local police department and investigators plus the DA’s office for possible protecting sociopaths.

An unprecedented case of judicial corruption is unfolding in Pennsylvania. Several hundred families have filed a class-action lawsuit against two former judges who have pleaded guilty to taking bribes in return for placing youths in privately owned jails. Judges Mark Ciavarella and Michael Conahan are said to have received $2.6 million for ensuring juvenile suspects were jailed in prisons operated by the companies PA Child Care and a sister company, Western PA Child Care. Some of the youths were jailed over the objections of their probation officers. An estimated 5,000 juveniles have been sentenced by Ciavarella since the scheme started in 2002. http://www.democracynow.org/2009/2/17/penn_judges_plead_guilty_to_taking

At this point it’s hard to say whether either of the two judges are in fact sociopathic.  However it is a sociopathic characteristic to see others as pawns to be manipulated in one’s own interest.  Blighting or destroying young lives would be of no concern, at all, to sociopathic judges.  Sociopaths see us as cows to be milked, with no concern for our lives, let alone our emotions.

Obviously, not all evil, corrupt individuals are sociopathic.  However I believe sociopaths set the bar — whether we’re talking of wilding teens, Abu Ghraib torturers, criminal speculators or corrupt judges.  I do not believe one can understand evil and corruption without a knowledge of sociopathy (this is one of the main reasons I write this blog).  Non-sociopathic corrupt individuals still have a conscience, that acts as a drag on their actions similar to friction.  The example of the conscienceless sociopath is of great use to them and to a certain extent frees them from that drag in my opinion.

I would say that sociopathy is the wind in the sails of corruption, crime and evil.  (I have to apologize to my loyal readers who read every post, I will be repeating succinct but communicative phrases that I write or borrow, again and again.  It seems I have a number of accidental visitors with no real interest in sociopathy — if I can send them away with a phrase or two that sticks in their mind that would be good.  Of course it’s not like there are legions of such loyal readers, in fact, next time you are all in town, maybe I’ll take everyone to lunch.)

Back to judicial and judicial system misconduct I would encourage every accused individual to insist on a jury trial if possible (I don’t know if this applies to juvenile court).  This may be more important than legal representation.  Too often lawyers enter into the process of assembly line injustice, automatically plea bargaining, even if their client is innocent.

Last but not least, the jury pool should be educated to the possibilities of jury or grand jury nullification.  Juries, in effect, are the law, they don’t necessarily have to follow it.